P.S. The Graveyard Book has won numerous awards, including the Newbery Medal in 2009! (Just to give you more incentive to get your hands on this little gem of a book)
Posted by Unknown at 8:12 PM 0 comments

As part of The Canvas Tour, I had the chance to interview Laura M Kolar, debut author of Canvas Bound, a young adult fantasy about a girl whose paintings literally come to life.
If you haven't already, you can see my review of Laura's new novel here.

How did the "captive art" idea spring to mind?
It was a combination of things. I’d recently had knee surgery and the pain meds gave me some pretty crazy dreams. I’d also just watched several of the Harry Potter movies where all the paintings came to life.

Are you an artist yourself?
Sadly, no. I took watercolor in high school and some of those turned out okay, but the closest I get to doing artwork now is coloring with my six-year-old.

Who are some of your favourite artists?
The list could go on, and on, and on. But I will say that I tend to like landscapes more than portraits or still-lifes, which is probably why that’s what Libby ended up painting. In my original story she was very good at doing portraits and kept painting one of a boy she’d never met.

What juicy hints of future Captive Art instalments can you divulge? *winkwink*
It’s so funny you ask this question because Captive Art was originally written as a standalone story, but when I got to the end, I realized I’d left a few characters with some serious unfinished business. What’s funnier is I’d written in hints for the next two books without even realizing I done it at the time. I’ll give you a couple more though, 1) If all goes well, I plan on it being a trilogy, though not entirely from Libby’s POV, 2) Aldridge Academy is full of gifted artists, and 3) Travis gives away bigger clues than I do.

How long did it take you to write the novel from start to finish?
Sixty days of writing and a year and a half of editing before I submitted to Red Adept Publishing.

Was the publishing process difficult?
Yes, writing the book was easier. Publishing a book takes a thick skin, patience and perseverance, three things I’m pretty lucky to have, though not usually at the same time.

Who are your literary influences?
Mandy Hubbard, Anna Banks and Veronica Rossi.

Favourite book of all time?
There are too many to choose from, but I especially love the books by the ladies listed above, as well as To Katie With Love by my critique partner Erica Lucke Dean, for obvious reasons. 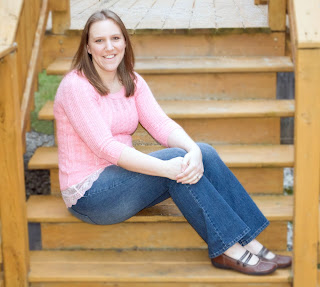 Huge thanks to Laura for answering all my questions!
In case you haven't already entered, you can enter the giveaway on The Canvas Tour page (or on my review post, it's the same one).
Make sure to check out the other stops on the tour while you're there. ;)
Posted by Unknown at 2:00 AM 1 comments

As part of the blog tour for Laura M Kolar's Canvas Bound, I'm participating with two posts - today's is my review and on September 7th I'll be posting an exclusive interview with the author, Laura, right here on C&M!
Click here for more of The Canvas Tour! 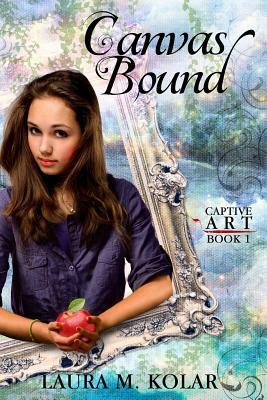 The thing that prompted me to join this blog tour was the main concept of the novel - painting artwork that came to life... paintings you could literally step into - the idea fascinated me and it turned out to be what I loved most about the book. Click here to read the synopsis - it's what made me want to read the book in the first place and join the blog tour (which, by the way is something I never do - I have never had the inclination to participate in one of these until now!). Do read the blurb-y bit; I'm afraid I won't be divulging any juicy plot details because more often than not, my plot re-tells transform into a horribly tedious rambling.

Canvas Bound is a lovely little debut novel, and for me it was a pretty quick and easy read (and fun too, duh!) - in my books this is always a good thing. It captivated me from the very beginning and that's another really important thing for me when I pick up a book - it's gotta catch my attention from the word GO and Canvas Bound did.

The character relationships in Canvas Bound were developed well - I really enjoyed reading Dean and how Libby's relationship with him developed. I was totally shipping #Dibby from the very start. Although I did have a chuckle (or more of a snort, even) when we found out his full name was Dean James... perhaps pointing to a certain dashing Old Hollywood star a little too obviously. For some reason I liked the male characters better than Libby or any other female in the book. Libby, to me, unfortunately wasn't the most believable character. She was oftentimes an emotional wreck, and being the protagonist of the novel, we get to see a lot of Libby being totes emosh or chucking small tantrums. Some of the dialogue between her and other characters seemed a bit mechanical, a bit inorganic or unnatural, but despite her shortcomings, I always rooted for her.

I really appreciated a lot of the pop culture references that were thrown in - classic films, actors and artists. I always find joy in finding that shared appreciation of a particular "something" of the arts, whether it be a classic movie, an actor or a song.

Overall I really did enjoy reading Canvas Bound - the unique concept drew me in and the story was compelling and so packed full of mystery that I just had to keep reading until the end. If you're as intrigued as I was to read this, I'd highly suggest giving it a go. But don't worry, you won't have any apples thrown at you from inside the book like Libby had from in her painting.

Thanks for sticking it out 'til the end of the post, because guess what?
You can enter a GIVEAWAY! a Rafflecopter giveaway!!

And stay tuned because I'll be back for another stop on the tour to give you my author interview with Laura M Kolar in a few days. :)