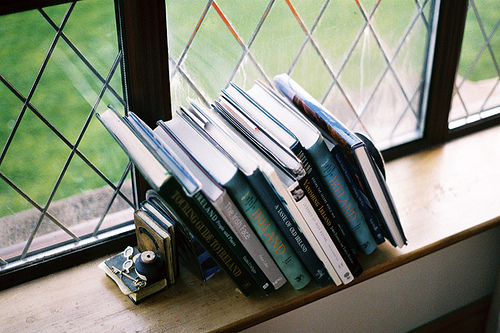 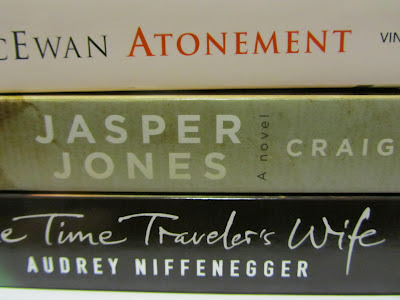 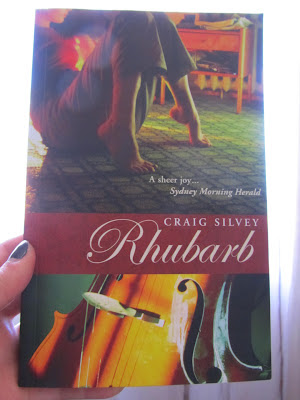 Rhubarb by Craig Silvey (2004)
I forgot to add this to my last New on my bookshelf post so here it is! It's still relatively new... I've only read  the first chapter or so. The story is about this girl Eleanor who is blind, and her guide dog, Warren. I love Warren already. And then there is this maker/player of cellos, Ewan Demspey, who comes along. I got pretty excited about it when I realised one of the characters was a cellist!
Cello = best musical instrument in the universe. 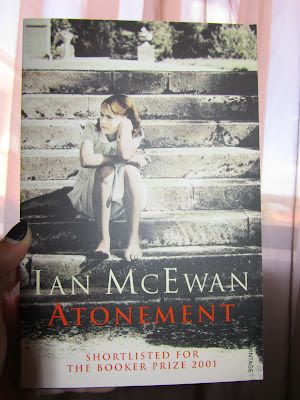 Atonement by Ian McEwan (2001)
I liked the film, and apparently the book is good. So I got it!
Atonement, if I can recall correctly, is about a person who told a lie when she was very young, a lie which had detrimental consequences for numerous people in her life. She felt the consequences of that and for the rest of her life, tried to atone for her mistake. 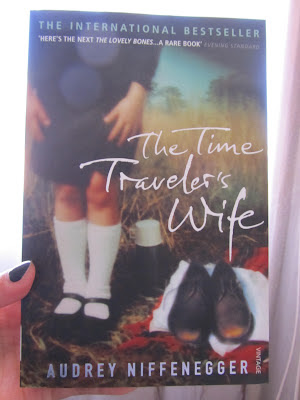 The Time Traveler's Wife by Audrey Niffenegger (2004)
Dymocks had a 3 for 2 sale so I thought I would finally get my hands on this! I don't read a lot of adult fiction but this hopefully will be a good one. Everyone knows about the movie so we all know what this book is about. 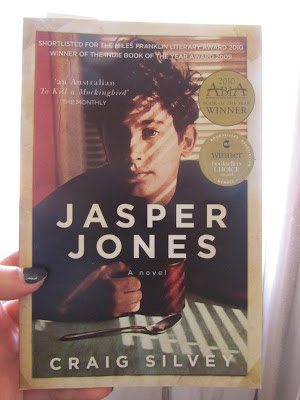 Jasper Jones by Craig Silvey (2009)
Another Craig Silvey! This was also in the Dymocks sale so I picked it up too! I thought I may as well. I actually have no idea what it's about. 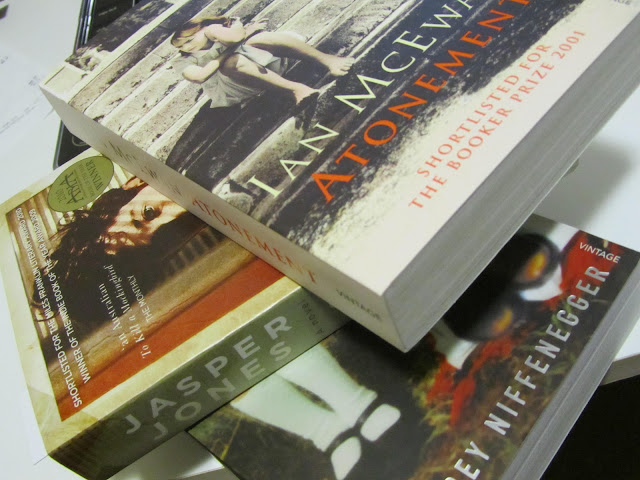 Let me know which (if any) of these you'd like to see reviews on!
Posted by Unknown at 10:00 AM

Molli @ Once Upon a Prologue said...

TTW! TTW! YAY! One of the best books ever...and it made such an impression on me that I'm aching to re-read it, but wanting to wait until I've forgotten it a little. It's a GORGEOUS book!

New follower by the way (: