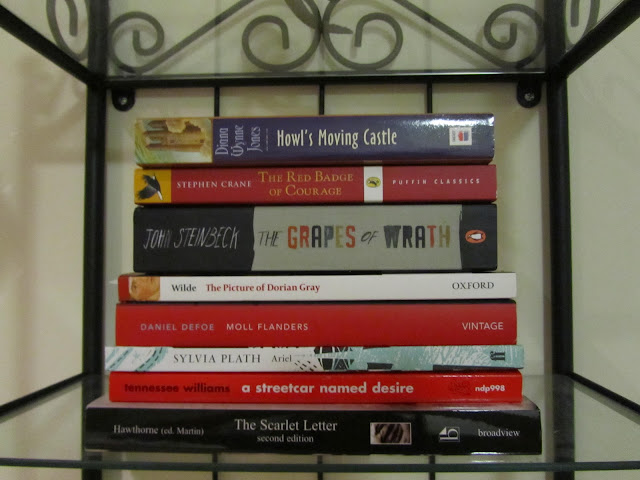 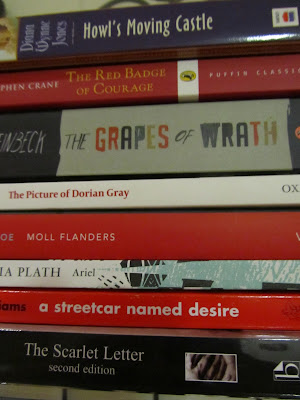 I ordered a tonne of books the other month, to prepare myself for some of my English units for next semester, one of which is on American Literature.
I was going to make this 'New on my bookshelf' post an American Lit edition, but not all of these are American classics as you will see. I've also been doing way too many NOMB's recently, but this one is warranted coz it's my hugest book haul since the beginning of this blog. 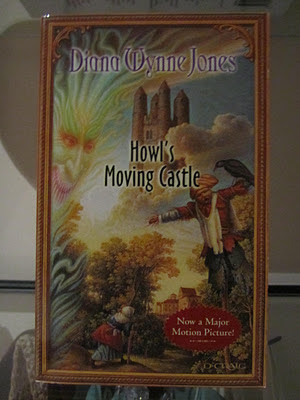 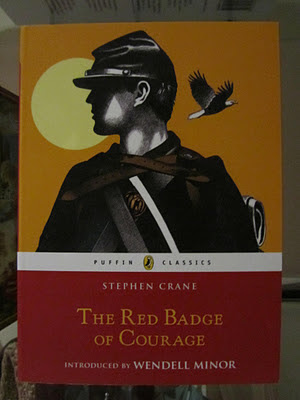 Howl's Moving Castle by Diana Wynne Jones
I love Miyazaki's Studio Ghibli film adaptation of this book - it's one of my favourite movies of all time. When I found out the movie was based on a book, I ordered it immediately.

The Red Badge of Courage by Stephen Crane
This is one that I needed for my American Lit unit - it's about a guy called Henry who's excited to go off to battle in the American Civil War but it turns out he was unprepared for the bloodshed and horrors of war. 'Will war make Henry a coward or a hero?' 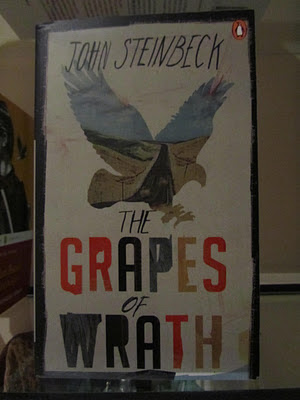 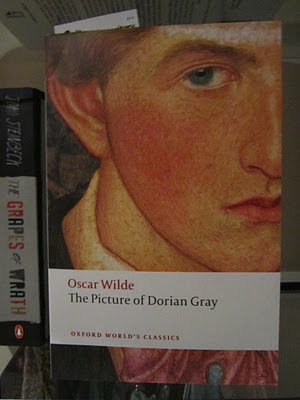 The Grapes of Wrath by John Steinbeck
All I know of this one is that it's about the Joads family who live in Oklahoma, but due to drought and economic depression they have to leave. They head towards California, and that's where the blurb becomes REALLY vague. I'm interested in this one regardless, because several Mumford & Sons songs have Steinbeck references. (M&S are like my favourite band)


The Picture of Dorian Gray by Oscar Wilde
I've never read any Oscar Wilde before, and I need this for a unit called 'Making form, breaking form: Literature Production and Genre'. Anyway, this one is about a guy called Dorian (like the mode!) who has a portrait painted of himself and has intense issues of narcissism. Somehow he finds a way of keeping himself young and pretty, but while he slides into crime and bad stuff like that, his painting changes, according to his 'corruption of moral decay'. 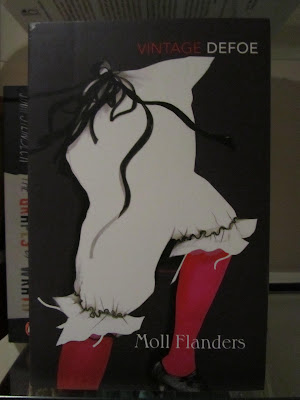 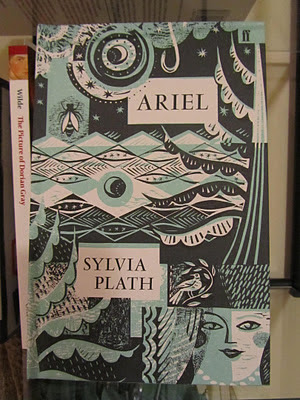 Moll Flanders by Daniel Defoe
This 'rollicking tale presents life in the prisons, alleyways and underworlds of 18th Century London'. Apparently 'scandalous, unscrupulous and utterly irrestible'. I quite like the Vintage Classics cover of this one.


Ariel by Sylvia Plath (1965)
".. contains many of Plath's best-known poems, written in an extraordinary burst of creativity just before her death in 1963." The cover is cool - it should be a fun anthology to read. I've heard good things about Sylvia Plath. 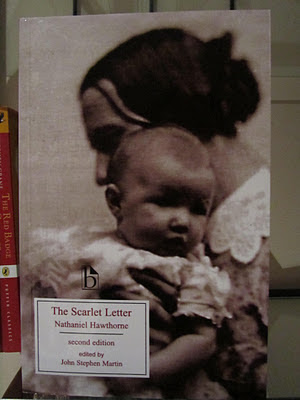 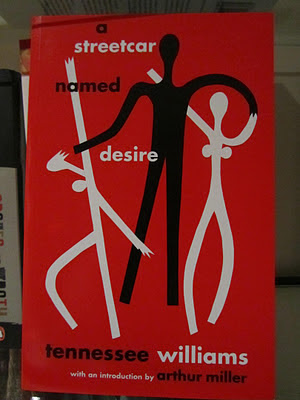 A Streetcar Named Desire by Tennessee Williams
Another American Lit one, this is a *play* of 'the fading and desperate Blanche DuBois and how her sensuous and brutal brother-in-law, Stanley Kowalski, pushes her over the edge'.


The Scarlet Letter by Nathaniel Hawthorne
We've all seen Easy A, right? It's the story of the disgraced Hester Prynne, who must wear a scarlet 'A' as the mark of her adultery, of her illegitimate child, Pearl, and of the righteous minister Arthur Dimmesdale. Set in mid-17th century Boston, this powerful tale of passion, Puritanism, and revenge is one of the foremost classics of American Literature. (straight from the blurb as you can tell) 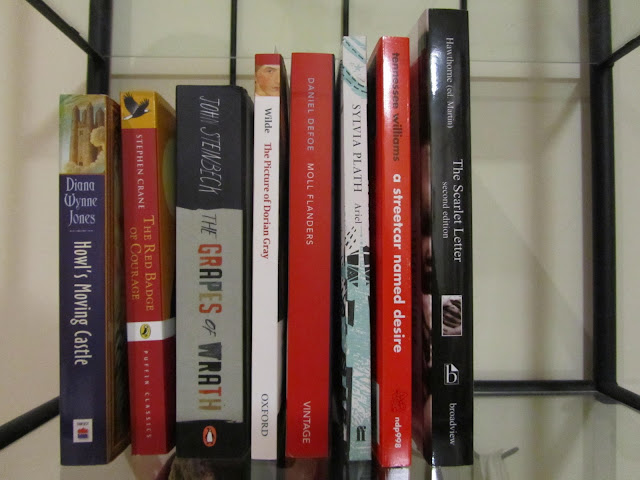 Labels: Classics, New on my bookshelf

I just bought 'the picture of dorian gray' I'm really interested to read it. you have a lot of great books to read!